Get with the program or stay home 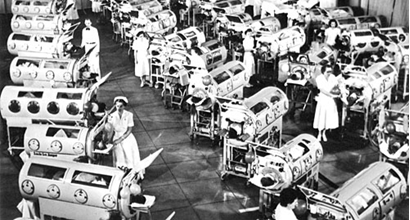 This is the FINAL PART (#12) of a multi-part series on an important topic, Save Jerseyans.

Get with the program or stay home

Because diseases are dangerous, even deadly, they should be eradicated, not tolerated.

Vaccines are a bulwark against disease. It’s insane to dismiss them, yet some do.

When it comes to the long-since discredited notion of a link between vaccines and autism, or that a genetic predisposition to autism may exist, or that the rise in the number of autism cases is more due to an increase in diagnoses of it hardcore anti-vaxxers not only ignore, but refuse to discuss. Don’t even bother going there.

It’s easy to channel Jenny McCarthy and blame a vaccine than consider that maybe something in your own body is at fault. Ignoring reality is one way to cope.

It’s not surprising to that a lot of energy behind the anti-vaxxer movement is supplied by the trial lawyers  looking to make a killing off lawsuits against pharmaceutical companies. You’ll never go wrong betting that these bottom feeders sow seeds of doubt and fear as a means to line their pockets with seven or eight figure damage awards.

That the number of damage awards is infinitesimal and, when made, based upon debunked Wakefield fraudulent research, says a lot. Just because something has been proven to be false doesn’t mean you can’t continue to flog a dead horse for fun and profit.

As Texas’ Dr. Fletcher wrote, “The legal system has a way of occasionally ignoring scientific data and siding with emotions.”

Another reason the vaccine debate won’t go away is because many anti-vaxxers make a living selling books, appearing on TV and otherwise fanning the flames of the issue. Jenny McCarthy isn’t an actual public health expert, but she looks good playing one on TV. Ditto Dr. Bob.

The satirical website, The Onion, tried poking fun at anti-vaxxers, but instead hit the nail on the head with this more-true-than-parody characterization:

Regardless of what anyone else thinks, I fully stand behind my choices as a mom, including my choice not to vaccinate my son, because it is my fundamental right as a parent to decide which eradicated diseases come roaring back.

The decision to cause a full-blown, multi-state pandemic of a virus that was effectively eliminated from the national population generations ago is my choice alone, and regardless of your personal convictions, that right should never be taken away from a child’s parent. Never.

While written in jest, it’s a dead-on portrayal of anti-vaxxer reasoning. How do you combat thinking like that? Many say you can’t so you shouldn’t. Simply set the guidelines, enforce the rules and let the chips fall where they may

We get lucky when an anti-vaxxer sees the light. One who now rejects Dr. Bob and calls herself “passionately and unapologetically pro-vaccine” wrote:

There’s a lot of criticism about “trust.” People say we shouldn’t “blindly trust” the experts. When it comes down to it, the truth is that we’re all taking advice from somewhere. I’d rather get my advice from the people who gather and carefully analyze the safety information rather than those who read it and then misinterpret it. I will not accept advice from those who distort the evidence according to their own motives, or who compromise between two perceived positions in order to make their stance more appealing. This is what I’ve found the selective/delayed schedule amounts to.

But she’s in the minority. Compare her to this mean, cynical and bigoted anti-vaxxer at VaxTruth.org:

There are over 6 billion people on the planet. That’s shown as 6,000,000,000 numerically. Correct me if you disagree, but when over 150,000 people die each day total, is 540 people dying of measles each day really that outrageous?   (Emphasis in the original)

It is that outrageous when every one of the deaths could have been prevented by aggressive vaccination programs in the countries in which they died. And speaking of those countries, most of which are third-world and non-white, it’s also quite racist.

Again, almost all doctors agree that vaccines are safe, necessary and individually and socially responsible.  And in respect to those with compromised immune systems, yes – you are your sister’s keeper. So, get with the program or stay home.

Yet, the question whether government has the right to force you to vaccinate yourself or your children, is legitimate, and ordinarily a refusal to do so for reasons of personal choice and freedom is compelling. 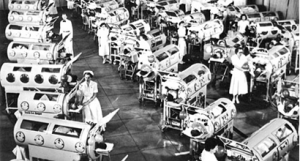 But when you or your unvaccinated child becomes the Improvised Epidemiological Disaster described above – when you or your IED kid come into contact with My Friend whose immune system is shot as a result of cancer, she gets your disease and dies – then what? Then, the personal-choice and freedom arguments are less compelling. If anything, they become venal. Anti-vaxxers don’t talk openly about this, but they should.

Who knows – maybe the Disneyland outbreak will be a tipping point against anti-vaxxer diffidence? It’s early yet, so we’ll have to wait and see.  But because the early returns are positive, there’s hope.

If not – if the anti-vaxxer movement advances – then what?

If we succumb to pressure on the MMR vaccine, how soon before we succumb to it on the polio vaccine? Just because it was declared eradicated in the U.S. in 1979, doesn’t mean it was eradicated everywhere – polio still exists in the world. While eradication efforts are on-going, what happens if an unvaccinated person contracts the virus where it still exists and brings it home to an increasingly unvaccinated U.S. population, especially to those, like My Friend, who have compromised immune systems?

If that day comes, will we see every hospital in America bring back wards of row upon row of polio-stricken patients, most of them kids, living out their lives in iron lungs, those medieval-looking contraptions that imprison a body in order to save its life? Again, a question anti-vaxxers avoid like the plague polio once was until vaccines eradicated it.

1 thought on “Get with the program or stay home”