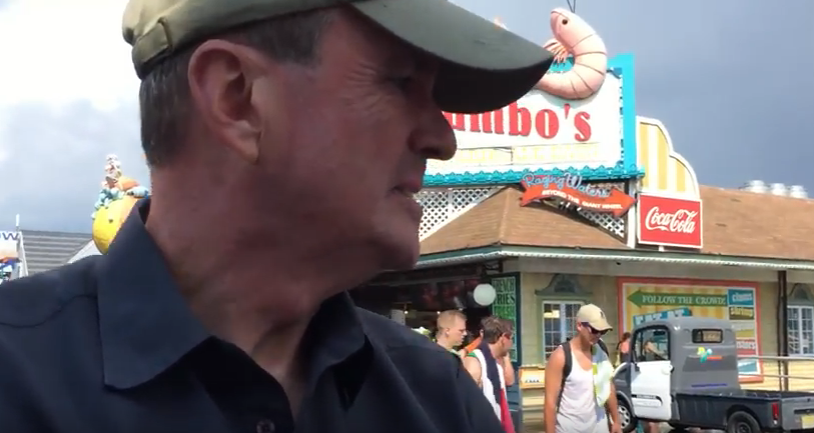 Fresh polling is coming fast and furious now, Save Jerseyans, and the campaign of Kim Guadagno shared some of its own numbers on Wednesday morning.

They say its a 7-point race to succeed Chris Christie.

Guadagno pollster Adam Geller (who worked for Donald Trump’s campaign in the Midwestern states) is responsible for the new numbers; he previously pegged the race at a 9-point Murphy advantage back in the summer suggesting some movement in the LG’s direction.

“Just last week we finished another statewide survey that showed Kim down by just 7 points –  and voters becoming more aware of the differences between Kim and Murphy on the issues of taxes and spending.  This can be directly attributed to the paid TV that is currently airing statewide, by both our campaign and the Republican Governor’s Association, led by Governor Walker of Wisconsin,” said Chris LaCivita, Guadagno’s general consultant, in a memo released by the campaign.

So… assuming the 7-point number is a real number, can the Republican’s campaign close the cap in under five weeks?

Team Guadagno sees opportunity in a race which most New Jerseyans have ignored.

“Despite the volume of TV, both candidates are still not fully defined with the electorate with 33% having no opinion of Kim and 38% unaware of Phil Murphy,” added LaCivita. “Herein lies our opportunity.  With so many other issues driving the news (Senator Menendez’s corruption trial being just one) we are anticipating an election whose turnout could be even lower than the gubernatorial election of 2013.  With Democrats uninterested and unenthusiastic about their standard bearer, Phil Murphy will go even further to the left to assuage those special interests that he really is one of them.  That means a continued discussion of taxes –  and more insane promises to spend, spend, spend in an attempt to buy those constituencies Murphy desperately needs.”

The tax angle’s effectiveness is a disputed point in the polling community.

“Property taxes is truly the meme for everything that New Jerseyans dislike about their state. I just think voters have heard too many promises for too long and simply tune out all candidate rhetoric on the issue at this point. Guadagno has little time left and a tall hill to climb if she is going to break through with her plan,” said Patrick Murray of Monmouth University in the summary accompanying his own survey released Tuesday.

The two most recent public polls of likely voters reported an 11 and 14 point race, respectively (the 14-pointer was Murray’s), down significantly from the 20+ point advantages Murphy posted in less-reliable registered voter polls earlier in the general election cycle.

According to Monmouth, “[t]he one thing that Guadagno does have in her favor is that voters are somewhat more inclined to believe that middle class homeowners would see their property taxes go up under a Murphy administration (45%) than say the same about a Guadagno administration (31%). Still, only about 1-in-10 voters expect that their property taxes would go down under either Murphy (10%) or Guadagno (13%).”

What does it all mean? Well, we all learned in 2016 that living by polls is dangerous business but, analysis of the cross tabs and underlying numbers aside, it’s undeniable at this point that polls WERE tightening in September and, at least as of today, the massive “blow-out” landslide feared by NJGOP’ers doesn’t appear to be materializing.