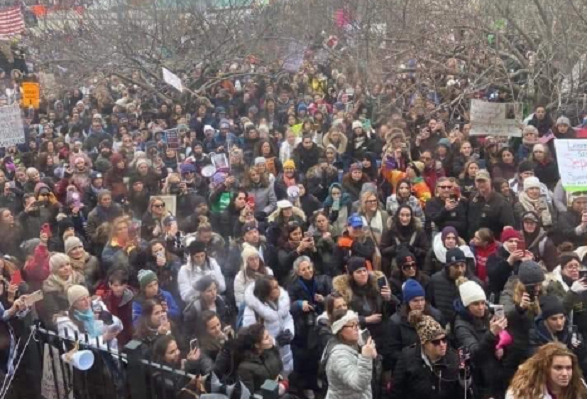 Back in February 2019, Save Jerseyans, I urged New Jersey Republicans to reengage the “social issues” from which they’ve been running for years. The reason is obvious: most voters aren’t policy wonks or constitutional nerds. They respond to strong emotional appeals with applicability (this is the key part) to their own lives. Duh, right? The post got a lot of play and I think more than a few legislators read it based upon my private conversations.

What I didn’t imagine is that the NJGOP legislative caucus’s first experiment with reengaging the social issues would be embracing the fringe anti-vaxxer movement. Oops.

I’m not going to revisit my thoughts on the S-2173 debate right now, right here. That horse has been beaten to death. Some version of the bill will be back (eventually), and we’ll pick up the substantive debate at that time.

My interest at the moment is what the GOP legislative caucus was thinking. Strategically. We’re all adults here; while most legislators have at least some ideological leanings and core beliefs, I’m sorry to burst your bubble: very few make big decisions – like how they’re going to vote on a controversial, widely-covered piece of legislation – without doing a political calculation.

What do you see?

It’s not a trick question.

The crowd was disproportionately young-ish (under 50), white, and female. Suburbanites. Work from home or flexible hour moms, home school moms, politically active moms, and probably a few who have never done anything political (other than vote) before this debate in their entire lives. There is some ideological diversity based upon my perusal of their Twitter accounts; some are as woke as woke can be, ranting on about essential oils and “non-toxic living,” while others are Christian “conservatives.”

The crowd’s composition makes it irresistibly attractive to a Republican Party that’s been hemorrhaging suburban female voters for two cycles. Here in THE suburban state, perhaps Republicans can’t be blamed for thinking they’ve finally found an issue to “open the door” and kick-start a dialogue with a group of women who find Donald Trump repugnant, disagree with MOST Republican social positions, but strongly oppose any government vaccine mandates and maybe that independent contractor bill, too? I’m sure a good chuck of them get 1099s.

I wrote another post (a precursor to my “social issues” one referenced above) in 2018 which posed a different but related question: how does the GOP win back woke, young suburban voters who don’t care about paying high taxes?

Some Republican legislators think they’ve begun to crack the code.

No, the politics of this one isn’t too hard to figure out.

The question: will it work out for Republicans?

It’s a gamble. A loud albeit small group can have an out-sized impact come GOTV time, especially in low-turnout legislative-only cycles. But while it’s true polling shows younger American adults are less likely to think vaccines should be mandatory than older adults (who actually remember a time when measles or even polio ravaged communities), there are still strong majorities in favor of the newly-challenged but long-standing public policy. 84%, for example, in a September 2019 survey.

Time tells all tales. We may not know how this story ends for awhile.