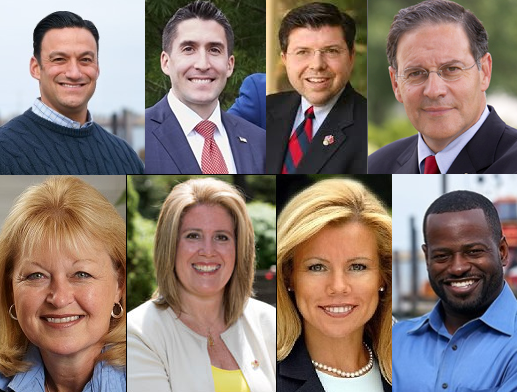 KEEP CHECKING BACK FOR UPDATES….

4:13 p.m. – Surprise! Phil Murphy and Steve Sweeney disagree on whether November 5th was a good night for N.J. Democrats.

11:58 a.m. – The Assembly GOP caucus will keep state Senator Tom Kean Jr. and Assemblyman Jon Bramnick as their legislative leaders. Their caucuses are 1 and 2 seats larger, respectively, after Tuesday.

8:21 a.m. – Salem County is still in GOP hands this morning; the freeholder board is static and Republican Dale Cross is a clerk-elect.

7:45 a.m. – Burlington Republicans are officially shut-out of county government, but a big LD8 hold and some local victories are giving them reason to smile and feel optimistic about 2020, 2021. “Good news is that under Chairman Earlen’s leadership, we stopped the blue wave, let people know that Burlco GOP isn’t going anywhere, did well in municipal races, and the next chapter of our rebuilding starts tomorrow,” County GOP Vice-Chairwoman Linda Hughes told SaveJersey.com’s Matt Rooney on Election Night. Click here.

12:39 a.m. (11/6) – NJGOP Chairman Doug Steinhardt, who had a solid night, issued a formal statement claiming momentum for his party: “I am proud of our candidates and the work we have done to build a foundation for the NJGOP. Republicans in New Jersey won’t be shouted into a corner. It was great to be on offense in places like LD-1. We pushed back Phil Murphy’s blue wave and in a state like New Jersey, that gives us momentum going into 2020.”

11:30 p.m. – So it looks like Republicans will net +2 in the Assembly thanks to LD1; in nearby LD2, where the Atlantic County Republican Assembly candidates narrowly lead on the machines, may succumb to the final VBM count.

10:07 p.m. – Phil Guenther may be in upset territory! The Republican is up Philip Guenther in the top vote getter position over Vince Mazzeo, the Democrat incumbent, who is in the second position.

9:46 p.m. – Republicans are leading the State Senate AND Assembly races in LD1 with about 50% of precincts reporting… Testa’s lead in Cape May is strong at close to 8% with nearly 84% in. 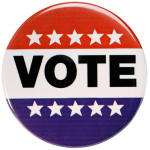